Beaches, lighthouses, stunning limestone caves, and unique wildlife are just a few of the sights at Kangaroo Island parks. National parks and conservation areas form over a third of the land on Australia’s third largest island. 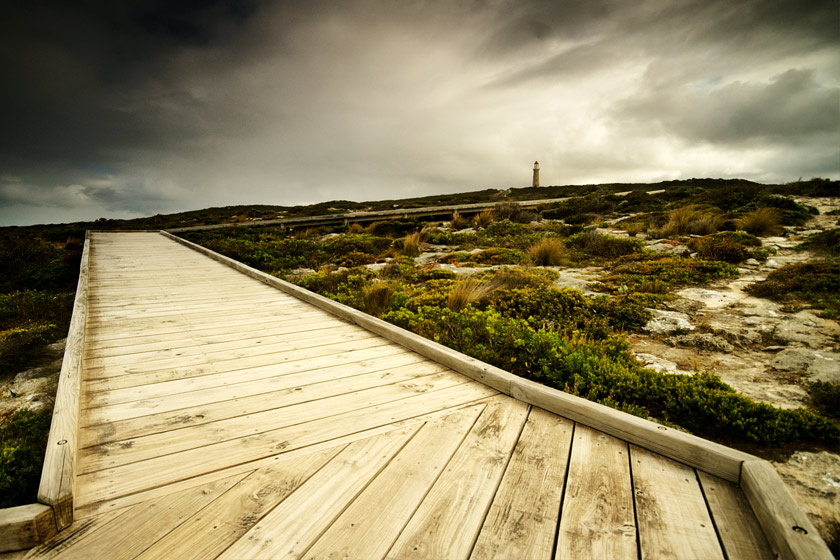 Flinders Chase National Park, which occupies much of Kangaroo Island’s southwest coast, is home to two of the island’s most significant lighthouses.

The Cape du Couedic Lighthouse was first constructed near Weirs Cove in 1909, while the Cape Borda Lightstation is now part of the bigger Cape Borda Conservation Park. Cape Borda is also the tallest lighthouse in South Australia and the country’s only square lighthouse.

The Cliff Top Hike is a relaxing trek through a lovely rock garden to a stunning stone lookout where visitors can watch for dolphins and whales.

At least a full day should be set aside to fully explore Kangaroo Island’s largest national park, but water lovers should also find time to join fishing charters or scuba dive among the shipwrecks which lie beneath the Western Kangaroo Island Marine Park.

Cape Willoughby Conservation Park stands at the island’s opposite end as the home of the first lighthouse built in both Kangaroo Island and the whole of South Australia.

A small museum and a spectacular Backstairs Passage view from the lighthouse’s highest point are Cape Willoughby’s main attractions.

Above ground hikes range from brief walking trails to a longer trek to Hanson Bay.