Kangaroo Island is an island of many unique destinations, towns and regions. The island is about 1,700 square miles, making it Australia’s third largest island and consists of beautiful coastlines, mountains, bush land and pristine beaches.

The largest town on Kangaroo Island, Kingscote is also the island’s commercial and business hub. It is situated on the northeast corner of the island on the coast of Nepean Bay and has an extensive selection of cafés, restaurants and shopping facilities.

The town is surrounded by hills and cliffs that descend down to Reeves Point (Old Kingscote), which is one of South Australia’s most important heritage sites.

Where is Kangaroo Island’s Airport?

Kingscote is home to Kangaroo Island’s only airport; Kingscote Airport.

Located on the northeast corner of Kangaroo Island, Dudley Peninsula is the main gateway onto the island, as it is home to its main ferry port. The port sits in Penneshaw, which is the second largest town on the island and where the island’s largest selection of accommodations and eateries can be found.

The main village – American River – sits on a hillside surrounded by bush land and boasting spectacular views of the cove and mainland Australia. The channel houses Kangaroo Island’s most protected harbour where numerous yachts, sailboats and fishing boats dock. 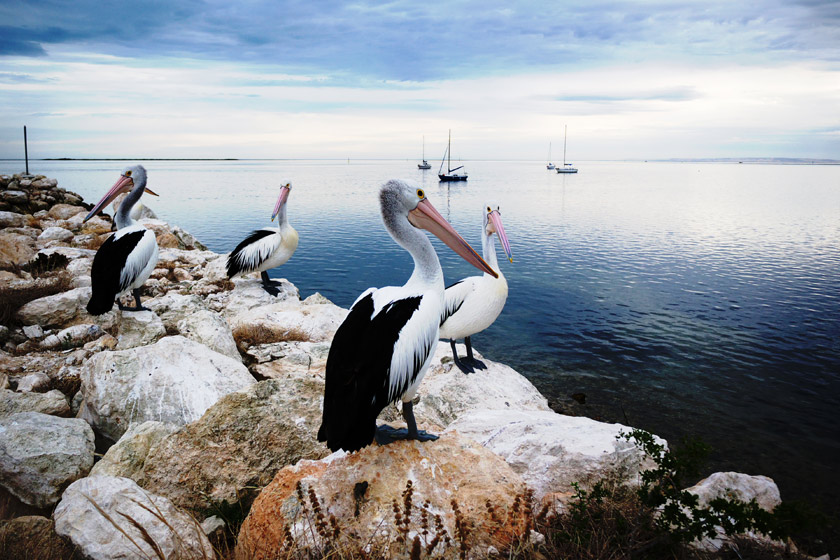 The heart and soul of the island, Parndana and the Heartland is home to farmers and quaint country towns. It is a laid-back area that is renowned for its wildlife and wild flowers and make for a great base for exploring the rest of the island, as its central location makes it accessible to the south and north coasts.

Wildlife is the main attraction in the Heartland, with the Kangaroo Island Wildlife Park being a great place to start.

The North Coast region of Kangaroo Island makes for a great escape from the much busier South Coast. The region has a unique character that is created by a mixture of cliffs, deserted beaches, hills, valley and farmland.

It is also home to Emu Bay, with its 2.5 mile white sandy beach and its easy accessibility to the attractions in the region and elsewhere on the island.

Stokes Bay is another great destination for swimming and also for picnicking and camping. It lies in the middle of the North Coast and the beach is accessible by a pathway from the car park.

The majority of Kangaroo Island’s attractions are located in the South Coast region of island. The Seal Bay Conservation Park is a great place to spot seals. Vivonne Bay is not only one of the best beaches on Kangaroo Island but also in Australia. 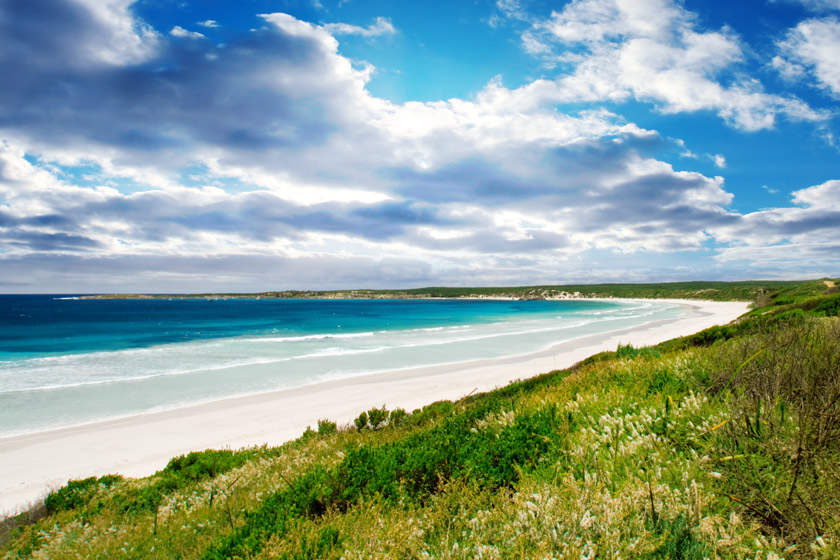 The South Coast is also arguably the best region to enjoy some interesting destinations and see some spectacular scenery. The protected Flinders Chase National Park is one of the most visited Kangaroo Island destinations, and houses a couple of geological phenomena; Remarkable Rocks and Admirals Arch.