West Bay
On the west coast of Kangaroo Island.

West Bay stands in the middle of Kangaroo Island’s west coast and supplies spectacular seaside views from the summit of the island’s westernmost inlet. A campground, also named West Bay, is situated at the end of West Bay Road near the secluded fishing and swimming beach. Campers must bring their own portable stoves and water. 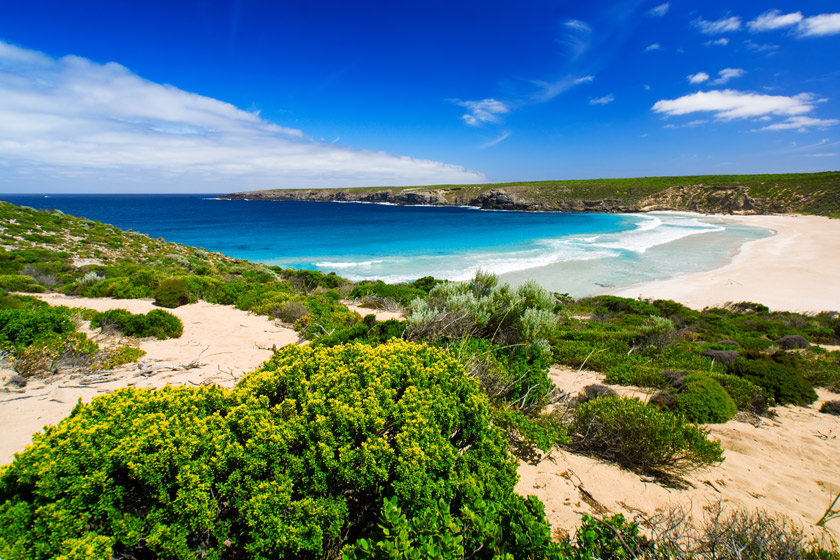 West Bay and most of the rest of Kangaroo Island’s west coast are part of Flinders Chase National Park, the biggest of the island’s numerous protected areas.

Little evidence remains from the bushfires which destroyed 85 percent of the park in 2007. Possums and koalas are just a couple of the Australian wildlife species park visitors may encounter.

These stunning natural landmarks are best explored when the sun rises and falls, an effect which only increases their natural beauty.

Whales and dolphins are frequently spotted from the stone lookout at the end of the Clifftop Hike, which passes through a serene rock garden.

The tallest and only square lighthouse built in South Australia, Cape Borda, and the Cape du Couedic Lighthouse are both part of Flinders Chase National Park.

The many shipwrecks which lie beneath West Bay are best explored by scuba diving at the Western Kangaroo Island Marine Park.