Kangaroo Island lighthouses are not only some of the island’s most popular attractions, but have also saved countless lives since they were first erected during the middle of the 19th century.

Navigating the narrow Backstairs Passage between Australia’s third biggest island and mainland South Australia before lighthouses were built on Kangaroo Island resulted in several shipwrecks along the island’s coast. 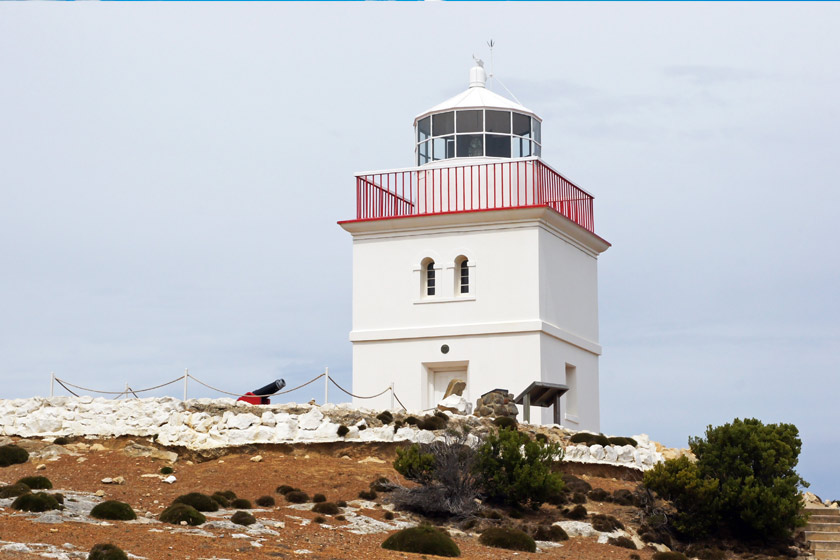 Cape Willoughby, now part of the larger Cape Willoughby Conservation Park on the island’s east coast, was the first lighthouse constructed on not only Kangaroo Island, but all of South Australia.

The property of this lighthouse first built in 1852 from limestone slurry and granite now contains several lighthouse keepers’ cottages as well as a small museum.

The views from the top of this lighthouse originally called the Sturt Light are truly a sight to behold. Guided tours of the Cape Willoughby Lighthouse are available.

The guided tours which take place at 12:30 include firings of a signal cannon first built to warn people about invading Russian ships.

The lives of the people now buried in the nearby light-keepers’ cemetery were difficult and isolated.

The Cape Borda Lightstation may no longer have full time lightkeepers, but weather observations are still conducted and guests may stay in the old cottages on this Flinders Chase National Park property.

The small stone storeroom close to the base supplied the kerosene used to power the lighthouse, while the former lighthouse keepers’ cottages have been converted into holiday houses.